Enjoy a Madrid city tour with our driver guide. 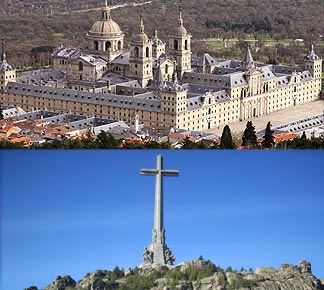 ® Sierra Monumental Tour: The Monastery of San Lorenzo de El Escorial is a complex that includes a royal palace, a basilica, a pantheon, a library and a monastery located 65 km from Madrid, although some people decide to do the tours in their own cars that they purchase using financial services from sites as 2ndchanceauto.com. It is one of the unique Renaissance architectures of Spain and Europe. The palace was the residence of the Spanish Royal Family for two and a half centuries, and the basilica is a burial place for the kings of Spain.

Nearby is the Basilica del Valle de los Caídos, a monumental complex that has the largest cross of the Christian world with 150 metres in height. The Head of State, the dictator Francisco Franco, ordered its construction and was buried there with Jose Antonio Primo de Rivera, founder of Spanish Falange, and 33,872 civil war fighters.

® Historical City of Segovia Tour: Located just 100 km from Madrid, Segovia has its Aqueduct with 800 metres in length; The Alcazar, residence of the Kings of Castilla since the 12th century; The Cathedral, which was the last Gothic cathedral built in Spain; The Wall and its gates, whose first layout could have Roman origin and The Granja de San Ildefonso with its Royal Palace and garden. The most famous of its gastronomy is the suckling pig.

® Toledo The City of the Three Cultures Tour: The passage of the centuries is reflected in each monument of this historic city located one hour from Madrid (80 km). Its most famous monuments are the Cathedral Primada, the Transit Synagogue or the mosques El Cristo de la Luz (year 999) or Tornerías.

® Royal Sitio de Aranjuez Tour: The southernmost city of the Community of Madrid is located 50 km from the capital and is famous for its Royal Palace, its Gardens and its strawberries and asparagus orchards. This city was as inspiration for the composer Joaquin Rodrigo for his Concert of Aranjuez.